“Centering the Pupil of the Eye” 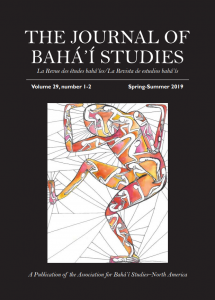 In the late nineteenth century, Bahá’u’lláh likened people of African descent to the “pupil of the eye” through which the “light of the spirit shineth forth.” In this talk I’ll suggest that the “pupil of the eye” metaphor is a deeply consequential, distinguishing feature of the transformative social and spiritual system laid out in Bahá’u’lláh’s Revelation. Discussing the nexus of capitalism, race, and intellectual history, I’ll summarize the arguments of an essay written for the Journal of Bahá’í Studies, in which I historicize Bahá’u’lláh’s elevating metaphor, and argue that it amounts to a forceful refutation of anti-blackness and thus a dismantling of one of modernity’s pivotal ideologies. I’ll finally talk about the way in which the unique integrity and coherence of Bahá’u’lláh’s system for the creation of universal unity and justice is especially manifest through analytical contemplation of the “pupil of the eye” metaphor. 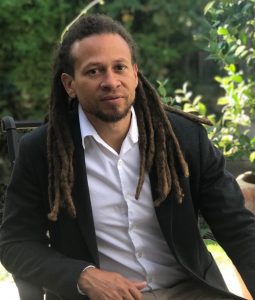 Derik Smith is a professor in the Department of Literature at Claremont McKenna College. His work focuses on African American literary culture, with a particular interest in poetry. He also teaches and writes about representations of blackness in American filmic and musical culture. His 2018 monograph, Robert Hayden In Verse: New Histories of African American Poetry and the Black Arts Era, recently won the College Language Association’s annual book award. His current scholarship focuses on the poetics of rap, and the rise of the genre during the final decades of the twentieth century, as well as the connection between critical race studies and the Baha’i Faith. Smith regularly teaches courses in American prisons and nurtures activist interests in prison studies and pedagogy. He and his family live in Southern California.