“Aflame with Devotion: a Book Summary” 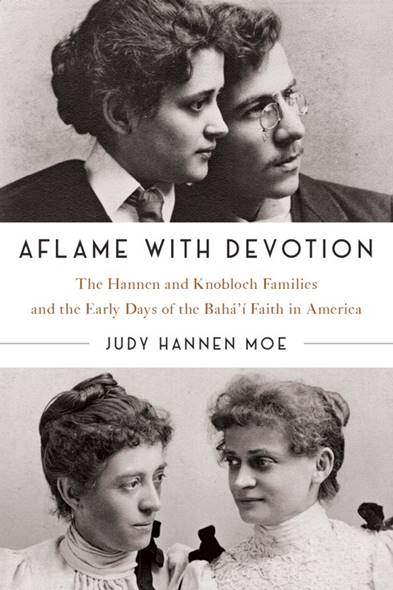 A great granddaughter of Pauline and Joseph Hannen, Judy Hannen Moe has written a book which tells of the unique and various contributions these early Washington DC believers made to the Bahá’í world, as they grew in their devotion to Bahá’u’lláh. She writes about their frequent encounters with ’Abdu’l-Bahá and how that shaped their lives, as well as the many ways they served the Faith both locally and nationally. She also shares much about the work they did teaching in the African American Community at a time when that was a great challenge to do in our country. They are given credit for teaching the Faith to Louis Gregory, who was a Nationally known speaker and promoter of the Faith and the first African American to serve on the National Baha’i Assembly. Stories of their close relationship are throughout the book.

Judy also writes about other people Pauline and Joseph taught about Bahá’u’lláh, including their parents and Pauline’s famous sisters, Alma Knobloch—who helped to open the Faith to Germany—and Fanny Knobloch who brought the Faith to South Africa and who taught the Message of Bahá’u’lláh in many states. Judy uses mostly first source manuscripts and personal letters, which she researched in the National Bahá’í Archives and the Bahá’í Archives of Washington DC. She also had the unique opportunity to interview five of Pauline and Joseph’s six grandchildren before they passed on to the spirit world. 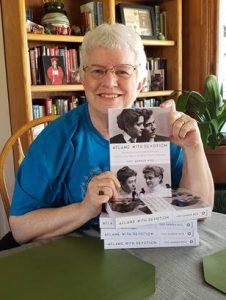 The book, Aflame with Devotion: the Hannen and Knobloch families and the early days of the Bahá’í Faith in America is thoroughly reviewed by the Bahá’í World Center and the National Baha’i Review Committee, and is edited and published by the Bahá’í Publishing Trust in Wilmette, IL. Judy has put together a power point presentation which summarizes the book and tells about the various areas of service in which the Hannens and Knoblochs were key players. It also explains how she went about doing the research for the book.

Judy Hannen Moe has been active in the Baha’i Faith her whole life and in her community of Rockford, IL for 45 years where she lives with her husband Bruce. She is very involved in various community activities involving social justice and interfaith work. She brings this experience to the discussion of the early believers as well as current issues in our world. Judy is a retired teacher of English as a second language.