↓ Skip to Main Content
Home › Web Talks › Steven Phelps, “I am the Mystic Fane: The Nature of the Manifestation in the Baha’i Writings”

Steven Phelps, “I am the Mystic Fane: The Nature of the Manifestation in the Baha’i Writings” 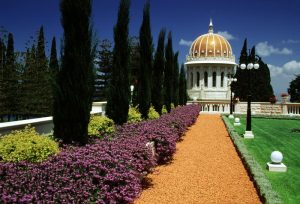 Steven Phelps received bachelors degrees in physics and philosophy at Stanford University and a Ph.D. in physics from Princeton University.  He worked for 13 years at the Baha’i World Center in its Research Department, directing the cataloging, collation, and translation of the Baha’i Writings.  During that time he concurrently held positions in the Physics Department at the Technion University in Haifa and pursued original research in the field of theoretical cosmology.  He lives near Portland, Oregon with his wife Katharine and three daughters.