Shahrokh Monjazeb, "Veiled and Concealed in the Hidden Habitation of His Inner Being: The Birth of the New Revelation in the Síyáh-Chál Prison" 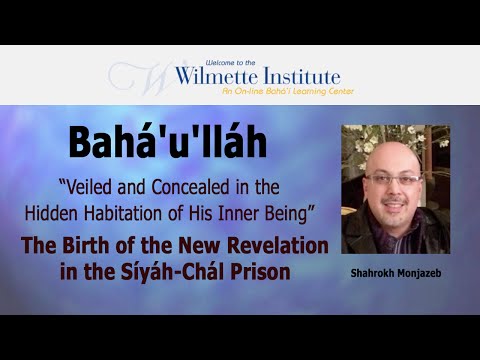 Read a summary of the Talk

What happened to Baha’u’llah when He was incarcerated in the Siyah-Chal (the Black Pit) in 1853? Did He know He was a Manifestation before then? Did He receive revelation before then? How was His mission inaugurated? What do we know about the event? What is the meaning of the work He revealed there, the Rashh-i-Ama?

This is the first of six talks about Baha’u’llah’s “three declarations”: in the Siyah-Chal, at the Garden of Ridvan, and publicly to the kings and rulers of the world. The other five talks will be available only to those who register for the course From Concealment to Glorious Splendor: The Three Stages of Bahá’u’lláh’s Declaration.

See All Articles
Home Articles & Videos Shahrokh Monjazeb, “Veiled and Concealed in the Hidden Habitation of His Inner Being: The Birth of the New Revelation in the Síyáh-Chál Prison”