“Some Reflections on the Nature and Application of Bahá’í Law”

Full title of talk: “Building a ‘System the Like of Which Mortal Eyes Have Never Witnessed’: Some Reflections on the Nature and Application of Bahá’í Law”

In this web talk Professor Brian Lepard of the University of Nebraska College of Law will reflect on key elements of the system of law brought by Bahá’u’lláh, the Prophet-Founder of the Bahá’í Faith, and elaborated by Abdu’l-Baha, Shoghi Effendi, and the Universal House of Justice. He will explore how and why Bahá’í law is a “system the like of which mortal eyes have never witnessed,” in the words of Bahá’u’lláh, and cannot be equated to any existing human system of law. At the same time, Bahá’í law is very sophisticated and nuanced, with many “layers,” and certain elements of it can at least be partially understood in light of existing legal concepts developed by various cultures.

Accordingly, in his talk Professor Lepard will investigate, with the participation of viewers, such questions as: How do and should we think about Bahá’í law? In what ways is Bahá’í law a “system the like of which mortal eyes have never witnessed”? What are the many interrelated layers of Bahá’í law, ranging from laws governing the individual, to laws governing society, and from laws governing the Bahá’í community, to laws governing society at large, including nations and the global community? What are some similarities and differences between Bahá’í law and current legal traditions of the world? How can understanding the nature and layers of Bahá’í law, and these similarities and differences, be helpful to Bahá’ís from all walks of life, including but not limited to those practicing in the legal profession? 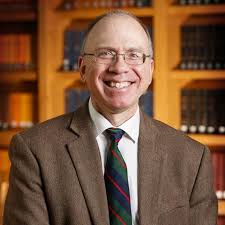 Brian D. Lepard is Harold W. Conroy Distinguished Professor of Law at the University of Nebraska College of Law, where he teaches courses on international law, international human rights law, and comparative law, among other subjects. He worked for three years as a human rights specialist at the United Nations Office of the Bahá’í International Community in New York. Professor Lepard has written numerous books and articles on international law, comparative law, human rights, comparative religious law, Bahá’í law, and ethics, among other subjects. He is the author of two books published by Bahá’í Publishing, Hope for a Global Ethic: Shared Principles in Religious Scriptures, and In the Glory of the Father: The Bahá’í Faith and Christianity. He is currently working on an edited book entitled Transforming the Global Legal Order: Bahá’í Principles and Contemporary Social Issues. In 2016 he won an award for excellence from the University of Nebraska College of Law in part for his scholarship on “Baha’i principles and the law.” Additional information about him can be found at https://law.unl.edu/brian-d-lepard/.