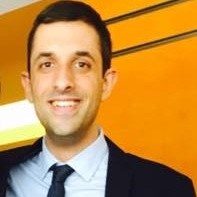 Nima Rafiei is a graduate of the University of Minnesota with aspirations to study Arabic and Persian languages and literature at the graduate level. He has experience working in education with highly diverse student populations in Minneapolis and the greater Twin Cities area in Minnesota and has also volunteered his time in assisting the Bahá’í Institute of Higher Education. He is an aspiring scholar of Bahá’í history and sacred scripture. He served at the Bahá’í World Center in the Department of Library and Archives for nearly three years. He has presented at the Center for Bahá’í studies in Acuto, Italy with the Lights of ‘Irfan Colloquium in 2015 and 2016. His interests in Bahá’í studies include the history of Bahá’í communities in the East, particularly Iran and Ottoman Syria-Palestine, the early writings of the Báb, the Arabic writings of ‘Abdu’l-Bahá, and the works of Iranian Bahá’í scholars and poets. Nima is currently producing a compilation on the biography of his ancestor from southern Iran who became a Baha’i and whose family received many writings from both Baha’u’llah and ‘Abdu’l-Baha.