I was born and brought up in England. After leaving school and secretarial training, I worked for a professor of Imperial History at King’s College, University of London. My first move was to Montreal for a few months, where I first heard of the Bahá’í Faith. From Canada I travelled across the US to California, visiting the Bahá’í Temple in Wilmette en route. I settled down in San Francisco for a year and became a Bahá’í. I returned to England, met my future husband at an international youth school in Berlin, married, and then pioneered to the Solomon Islands in the South Pacific where our first child was born in 1972. We stayed there two years, returned to England for the next three years, during which time our daughter was born, and then pioneered as a family to Kathmandu, Nepal, where we remained for nearly nine years. Since 1985 I have been living back in England, 20 miles south of London.

For some years I served on the UK Bahá’í Review Panel, and then for many more years on the UK International Pioneering Committee. During this time I used to send out a newsletter “Pioneer Post UK” which consisted of letters/stories written by our overseas pioneers. In 2010 this culminated in a book published by George Ronald: Stories from Pioneer Post. For the past four years I have been most involved in the UK Bahá’í Histories Project – an online venture to collect personal recollections from individual Bahá’ís on how they became Bahá’ís + additional information about how their lives have developed since declaring. The project commenced some 25 years ago but now, a generation later, the value of having these stories written down has become apparent. With the advent of the internet, it has of course become possible to share these stories (old and new) by means of the online UK Bahá’í Histories Project http://bahaihistoryuk.wordpress.com/ thus inspiring many more Bahá’ís to write their stories. These website stories can be viewed as ‘silent teachers’ for they are read by Bahá’ís and non-Bahá’ís alike around the world, many of whom comment on the effect such stories have had on them.

It seems that we all serve the Faith in a variety of ways but in my youth I hardly anticipated that it would be mainly by being a collector of stories! 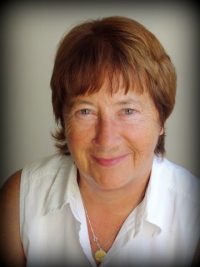