I am an independent scholar of the Bahá’í history and sacred scripture. I began my scholarly endeavours in Bahá’í history around 1989, after I completed my undergraduate degree in Applied Physics and Electro-Acoustics with a minor in Religious Studies and Middle Eastern History. Two years later in 1991, I was invited to present at the annual conference of the Association for Bahá’í Studies North America on one of Bahá’u’lláh major works. Since then I have been involved with Bahá’í academic research as well as the work of translating into English the writings of the Central Figures of the Bahá’í Faith. I am a published author and lecturer whose writings and presentations focus on Bahá’í Sacred Text and their literary and historical significance in the context of socio-spiritual condition of human society. I have authored more than couple of dozen articles on Bahá’í history and Sacred Text as well as a monograph on Bahá’u’lláh entitled “Bahá’u’lláh: A Brief Survey of His Life & Works”. 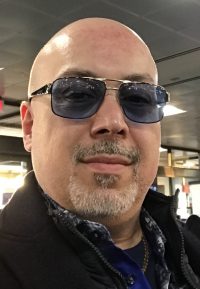 Bahá’u’lláh’s Early Mystic Writings, Bahá’u’lláh’s Summons to Two Ottoman Prime Ministers: A Study of Súriy-i-Ra’ís, Lawh ̇i-Ra’ís, and Lawh-i-Fu’ád, Discovering the Báb’s Persian Bayán: The Most Holy Book of the Bábí Religion, From Concealment to Glorious Splendor: The Three Stages of Bahá’u’lláh’s Declaration, Gems of Divine Mysteries and Other Early Tablets, Lawh-i-Sultan, The Epistle of the Kings: A Comprehensive Study of Suriy-i-Muluk, Baha’u’llah’s First Proclamatory Tablet to the Kings of the Nineteenth Century

Bahá’í History in the Middle East, and the Central Figures of the Faith
Bahá’í Sacred Scripture in their original languages of composition (i.e., Arabic and Persian) and their translation into English.