Terry Edwards, originally from Miami, Florida, and now a resident of Knoxville, Tennessee, recently completed the Wilmette Institute’s course Sustaining 11 Billion People. He has combined what he learned from this course and a previous course on Climate Change with his own interest in 21st century technology, to create a fact-filled and visually interesting slide show which you can view or download below.

Terry had this to say about the project:

I’ve been an environmentalist for many decades and previously took the Wilmette Institute course on Climate Change. I thought the “11 Billion” course offered me an opportunity to better understand how the population crisis and climate change related. Additionally, as a former IT guy I’ve had a long-time interest in how hi-tech, particularly AI and bioengineering, will affect us. 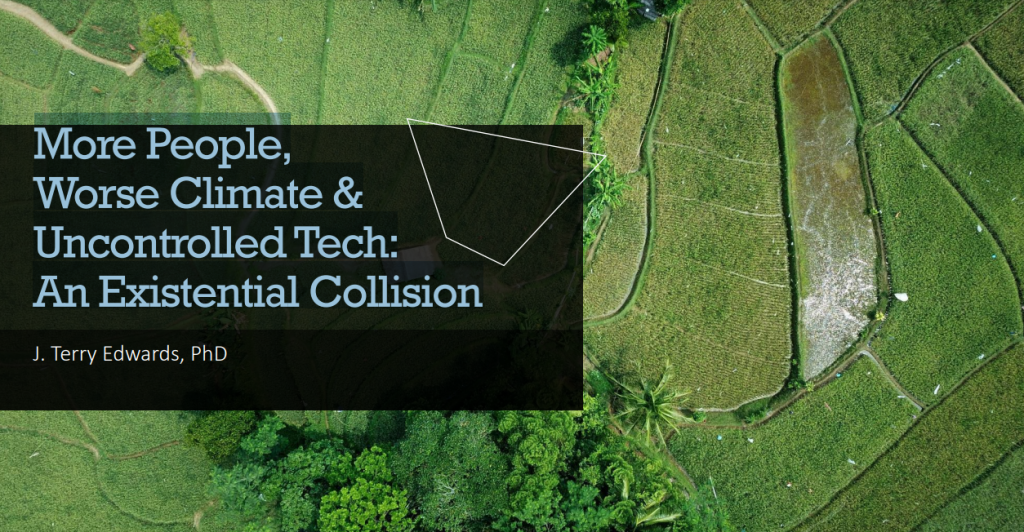 So, when I needed to identify a project for the class, I decided that a PowerPoint presentation gave me the opportunity to explore how these concerns were coming together. Hence the title of my presentation: “More People, Worst Climate & Uncontrolled Tech: An Existential Collision”. If one only looks at the material reality one can become depressed. But if you are a Bahá’í you know that as spiritual beings, we have a different approach to life than most. However just because one is working hard to be a spiritual person doesn’t lessen any of these material threats. But it does mean that we recognize them, take them seriously and look for ways to do our part to serve humanity. I hope that the presentation strikes a good balance between pessimism and optimism.