In June 2018, the Universal House of Justice asked the Bahá’ís to begin to prepare for the October 2019 observance of the Bicentenary of the birth of the Báb. The Wilmette Institute will be offering six courses in 2019 about the Báb–the first Manifestation of the Bahá’í era–Who was the “portal to a superior Revelation.”

Note: The Bicentenary Courses survey is now closed (January 6, 2019). See summary results and outcomes in this February, 2019 eNewsletter article: What did the Survey on the Courses for the Bicentenary of the Birthday of the Báb Show?

If you have questions on the content of specific courses, let us know by emailing learn@wilmetteinstitute.org. Your question(s) will be forwarded to the course faculty, who can advise and assist you before you commit to the course, as well as during the course if you decide to participate.

Scroll down for a chronological list of the Bicentenary courses. You may register up to three months in advance, with a ten-dollar downpayment. Tuition support is available to anyone who needs it. You do not need to be a Bahá’í to receive this support!

Below the course list is a list of 2019 Web Talks about the life and teachings of the Báb. More talks will be added to this list, so keep an eye out. The Wilmette Institute’s Web Talks are free.

At the bottom of this page are some suggested resources for learning more about the Báb and the Bicentenary celebrations online. Share with your friends: you can also print or email a PDF flyer with information on Bicentenary Courses and Web Talks.

1.   Discovering the Báb’s Persian Bayán: The Most Holy Book of the Bábí Religion
FACULTY: Shahrokh Monjazeb
DATES: January 10 to March 23, 2019

Discovering the Báb’s Persian Bayán will be the first concise yet comprehensive online study of the Báb’s “pivotal” and “doctrinal” work. Participants will explore and examine the various themes and dimensions of this very lengthy book which Shoghi Effendi describes as “that monumental repository of the laws and precepts of the new Dispensation….”

Learn about the “central message” of the Bayán and discover how the Báb as “the Promised Messenger of God” broke away from traditional Shí‘a and Sunní doctrine by introducing new laws and ordinances for the next phase of the human spiritual development.

The course will also include five one hour webinars conducted by the lead faculty Mr. Shahrokh Monjazeb. The first webinar will be a public web talk, at 2:00 p.m. Eastern Time on Sunday January 13th 2019, titled “A Divine Exposition for the New Age: A Textual Analysis of The Persian Bayán”.

The course The Life of the Báb deals with the Báb’s life: His childhood and marriage; the declaration of His mission; His pilgrimage to Mecca and Medina; His return to Iran and His initial stay in Shiraz; His escape to Isfahan; His imprisonment in Azerbaijan; and His trial and execution in Tabriz. It ends with a brief consideration of Western academic reflections on “the Episode of the Báb.”

The course will share extensive resources for studying the life and teaching of the Báb, in anticipation of conversations, meetings, gatherings, and discourse throughout the world in celebration of the bicentenary of His birth in 2019.

In Rediscovering the Dawnbreakers we will study the earliest period of the history of the Bábí and Bahá’í Faiths—including the life and teachings of the Báb and the lives and exploits of His followers, the Dawnbreakers of the Heroic Age—and will provide opportunities for meditating on the spiritual qualities needed for those who endeavor to live a Bahá’í life and to serve the Faith. We will cover the birth of the Bábí revelation, including the declaration of the Báb, the enrollment of the Letters of the Living, and the Báb’s pilgrimage to Mecca; His banishment to Adhirbayjan; His imprisonments in Maku and Chihriq, and the Conference of Badasht; upheavals in the Bábí communities in Mazanderan, Nayriz, and Zanjan; the martyrdom of the Báb in 1850; developments after the Báb’s martyrdom, including an attempt on the life of Nasiri’d-Din Shah; Bahá’u’lláh’s role in helping the Bábís and His imprisonment in the Siyah-Chal in Tehran; the martyrdom of Tahirih; the executions of many of the Báb’s disciples and the fate of those who persecuted the Báb and His followers; and a summation of the life of the Báb and His followers, the Dawnbreakers. Shoghi Effendi edited and translated The Dawn-Breakers as a means of encouraging Bahá’ís to emulate the bravery, self-sacrifice, and dedication of the Bábís. 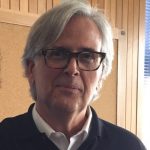 4.   The Báb’s Qayyúmu’l-Asmá’: Commentary on the Qur’an’s Súrih of Joseph

The new dispensation announced by the Báb challenged existing notions of religion and revelation. The Báb’s commentary on the Súrih of Joseph is a highly intricate and complex composition which betrays the authorial presence of the young messiah at every word. Yet, almost every word is Qur’anic, however rearranged and ordered to conform to the new message. Thus revelation is seen in a different light. While it is certainly divine in origin, the creativity and the boldness it represents should be seen as coming directly from the Báb Himself. Thus revelation emerges as a cooperative activity, one shared by God and the manifestation. Details and examples of such artistry and creativity will be illustrated through provisional translation. 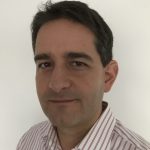 5. The Writings of the Báb 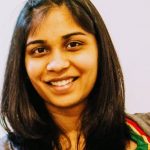 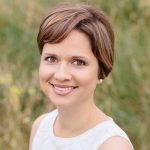 6.   Celebrating the Bicentenary of the Birth of the Báb with Children
FACULTY: Swathi Baskaran and Chelsea Lee Smith
DATES: September 16 to October 20. 2019

This course is designed to help parents, teachers, and other adults share the Bicentenary of the Birth of the Báb with children so that they will understand the significance and feel the spirit of this very special Holy Day. Course materials include stories, printable activities, craft ideas, and songs. Participants will receive inspiration and practical resources to celebrate this special occasion in a fun and uplifting way with children at home and in the community.

Sunday, May 5, 2019
Siyamak Zabihi-Moghaddam
“Shaykh Tabarsi: A Turning Point in the Bábí Faith”

Sunday, July 7, 2:00 pm Eastern Time
Todd Lawson
“The Báb’s Artistry in His Commentary on the Súrih of Joseph”

The Báb – Herald of the Bahá’í Faith
This page on the official website of the Bahá’ís of the world leads to information on: The Life of the Báb; The Bábí Movement; The Shrine of the Báb; Quotations – A small collection of the prayers and verses revealed by the Báb; and Articles and Resources – A selection of readings, essays, and resource materials which further explore the life of the Báb and His mission.

Prayers of the Báb
A compilation of over 30 prayers revealed by the Báb, on bahaiprayers.org.

Bicentenary of the Birth of Bahá’u’lláh
Inspired by the life and teachings of Bahá’u’lláh, millions of people worldwide celebrated the 200th anniversary of His birth on the 22nd of October 2017. This website was created to provide a window into the historic bicentenary commemorations worldwide. It is hosted by the Bahá’í International Community and a link to a similar website for the Bicentenary of the Báb will be posted as soon as it is avaialable.