The Climate Change course, with lead faculty Christine Muller, continues to inspire learners to take a variety of actions. Peter T. Haug, a retired journalist, environmental-protection ecologist, and ESL teacher in China, is one of those learners. A “gram’pa seeking new avenues of septuagenarian adventure,” he admits that, before he took the course, he was on the fence about climate change. Since taking the course in the fall of 2014, he has become an activist. As of this writing he has given one short course on climate change and has another one coming up in October. He has also given four talks, with a fifth scheduled for November. With major statements released in 2015 by the Catholic Church and Islamic scholars, and with the Paris Conference of the Parties to the UN Framework Convention on Climate Change taking place November 30–December 11, 2015, this is a great time to sign up for the Sustainable Development course, which began on September 15, 2015 (Peter is taking this course). The next iteration of the Climate Change course will begin on March 1, 2016. Both courses will help you add your voice to the global conversation on the topics.—THE EDITORS

“When it came to climate change, I was a mugwump. 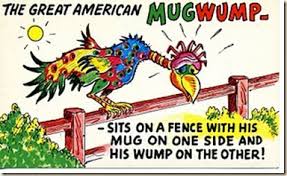 “Then I discovered the Wilmette Institute Climate Change course last fall (2014), and my life changed. A month into the course I approached the Pullman, Washington, Parks and Recreation Department director and offered a course for the upcoming winter program. He readily agreed, and I committed to teaching six ninety-minute classes in January and February 2015. Then I had to decide what to talk about. Fortunately, I had plenty of support and encouragement from my mentor, Christine Muller, as well as several others in the course, as we shared ideas. The course description read:

Concerns about human effects on the environment have been around for at least two centuries. Recent decades have seen those concerns increase. Because of the complexity of the subject, and for many other reasons, skeptics have questioned some of the science underlying those concerns. This class is designed to enable interested persons, through informed dialogue, to understand better the science supporting climate change as well as arguments and doubts questioning that science. The goal is to empower participants to decide for themselves how and what to believe, based on readings and class discussions of differing viewpoints.

“Four people took the class and seemed to enjoy it. We discussed many handouts, most from current scientific journals and similar media.

“After that class, I proposed to the director of the Neill Public Library in Pullman a one-hour talk based on the class. She agreed, and then recommended me to the director of the Whitman County Library in Colfax, Washington. That director arranged for me to give a talk to the Colfax Rotary Club. She then set up an evening talk at the library this month (September 2015), to be followed by a two-class short-course at the library in October, through the Community Colleges of Spokane, Washington.

“I am also scheduled to give luncheon talks to the Moscow, Idaho, Rotary Club and the Pullman, Washington, Kiwanis Club.”