Susan Maneck, “Time and the Containment of Evil: The Zoroastrian Cosmology” 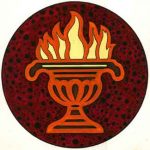 This talk had to be postponed at short notice. We apologize.

Dr. Susan Maneck is an Associate Professor in the History and Philosophy Department at Jackson State University where she teaches courses in the Middle East and South Asian History, World Civilization, and Comparative Religion. She received her Master’s degree in Oriental Studies and her PhD in Asian and European History from the University of Arizona. She has conducted extensive research on Baha’i and Zoroastrian history and published numerous articles in Baha’i journals and in volumes from a number of presses, including SUNY Press, Kalimat Press, Oxford University Press and Brill Press. She has also published a book on the history of the Parsis entitled The Death of Ahriman.