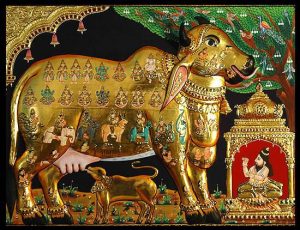 “Kamadhenu: the sacred cow who grants all of our wishes”
Image from www.templepurohit.com

The numerically largest Bahá’í community in the world resides in India, and most of those Bahá’ís come from a Hindu background. Bahá’ís readily acknowledge Hinduism as one of the great religions, and identify Krishna as one of the “Manifestations of God”. Yet, generally speaking, Bahá’ís outside of India know little about this religion, and very little about Krishna. They are not alone. Most non-Hindus may be able to evoke a few common perceptions, such as Hindus believe in many gods; cows sacred for Hindus; they believe in reincarnation and are vegetarians, right?, yet otherwise have little knowledge of this religion.

This talk aims to “decode” elements of what constitutes “Hinduism”, an ancient and vastly complex religion, to address these perceptions, and to examine points of convergence and divergence between Hinduism and the teachings of the Bahá’í Faith. More specifically, I will examine the following questions:

The talk will end with an overview of the history of the Bahá’í Faith in South Asia, including the Bahá’í House of Worship in New Delhi, now one of the most visited sites in India. 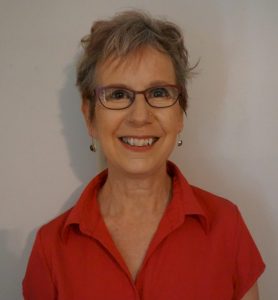 Anne M. Pearson holds a Ph.D. in religious studies, specializing in South Asian religions. She taught for many years in the Department of Religious Studies at McMaster University, Hamilton, as well as the University of Toronto and the University of Waterloo, teaching courses on world religions, Hinduism, gender and religion, Gandhi and nonviolence, among others. She has authored a book (“Because it gives me peace of mind—Ritual Fasts in the Religious Lives of Hindu Women”), articles and book chapters on various topics including on Hinduism in Canada. She has been a faculty member of the Wilmette Institute since the 1990s, involved with courses on Hinduism and Buddhism for deepening and dialogue, and preparing for interfaith dialogue, among other courses. She lived in India for a number of years, and continues to visit and be involved with organizations that promote women’s empowerment and peace-building. She has also been an active participant in the Baha’i community since embracing the Faith as a student in the late 1970s.