Reba Carruth Webinar Series: The Spiritual Destiny of America and the West

Scroll down for Talks 2 and 3

According to the Bahá’í writings and teachings “the sun of spiritual enlightenment rises in the East, but the power of God is shed and manifested in the West. . . . The West has acquired illumination from the East but in some respects the reflection of the light hath been greater in the Occident. . . . through the splendor of the Faith of Bahá’u’lláh, the West will have replaced the East, radiating the light of Divine Guidance.”

In this three part webinar course, the historical and spiritual convergence of contemporary Christian teachings, Bahá’í writings, and their shared principles of governance, society, markets, scientific enlightenment for the public good, commonwealth, and protection of the natural environment will be examined in America and the West.

Through participation in this webinar course series, Bahá’ís and their friends can develop a deeper understanding of the unfolding spiritual destiny of America and the West, and acquire knowledge for public discourse and engagement on the following topics: 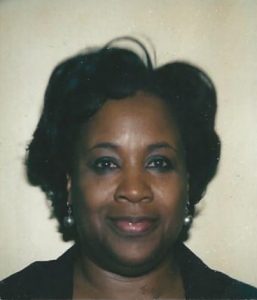 Reba Carruth has a Ph.D. in Sociology, University of Minnesota/M.A. Humphrey School of Public Affairs, 1985, and an M.A. in International Affairs, American University School of International Service, 1979. Dr. Carruth is currently an Adjunct Professor in the McCourt School of Public Policy at Georgetown University in Washington DC. Professor Carruth is also a Fulbright Specialist. She previously taught Transatlantic /UN Global Climate Change Policy Cooperation in the BMW Center for German and European Studies in the Edmund Walsh School of Foreign Service at Georgetown University (2012 and 2013). In October 2015, Dr. Carruth attended the Arctic Circle Conference in Reykjavik, Iceland. Prior to her time at Georgetown and George Washington Universities, she worked and traveled extensively as the European and Global Market Analyst for Honeywell Inc. in Minneapolis, and the European Headquarters in Brussels, Belgium. Her work and publications focus on United States, European Union and UN global harmonization of government policy, regulation and industry standards for the socio-economic integration of nations. She published her doctoral dissertation on Industrial Policy Cooperation in the European Community Steel Crisis – written while studying at the Tilburg Economic University in The Netherlands in 1984.  In 2006, she published a book entitled Global Governance of Food and Agriculture Industries: Transatlantic Regulatory Harmonization and Multilateral Policy Cooperation for Food Safety – in cooperation with Dr. Jorgen Schlundt, Head of Food Safety and Animal Health at UN WHO in Geneva, Switzerland. In 2016, Dr. Carruth published an article “Federal Rulemaking and the US Food and Drug Administration: International Regulatory Policy Cooperation in the 21st Century”, in the Georgetown Public Policy Review Journal. She is currently working on a new book that focuses entitled Global Regulation of Antibiotic Drugs: UN, WHO and Transatlantic (US-EU) Policy Cooperation for Palgrave-Macmillan in London. She launched a Spiritual Destiny of America Initiative that provides public lectures, program support and historical tours of the White House, US Capitol, Library of Congress, Mount Vernon, government buildings and American historical venues for the Baha’i’ and greater community in the Washington DC/Virginia/Maryland region.