↓ Skip to Main Content
Home › Web Talks › “Louis Gregory, the Oneness of Humankind, and Highlights in the Development of the African American Lawyer”

“Louis Gregory, the Oneness of Humankind, and Highlights in the Development of the African American Lawyer” 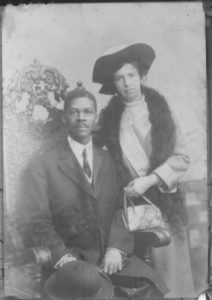 This presentation traces the development of Louis Gregory, an African American lawyer, and outstanding early adherent of the Bahá’í Faith, from his early years through his role in the black community in Washington, D.C. prior to his becoming a Baha’i and his subsequent work promoting the Bahá’í Faith and race unity, as inspired by his interactions in Egypt and the United States with ‘Abdu’l-Bahá, the head of the Faith. The talk also places the role of Mr. Gregory in the context of race relations, the development and contributions of African American lawyers from 1844 to the present, including in the raising of the Bahá’í administrative order, and their contributions towards social justice in the larger society. 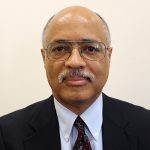 Anthony Vance is Director of the U.S. Bahá’í Office of Public Affairs (OPA) based in Washington, D.C. He joined the office in 2010 after spending four years at the Bahá’í World Center in Haifa, Israel, representing it to the diplomatic community, civil society, and parts of the host government. A lawyer by training, he spent twenty-one years in the U.S. Agency for International Development in legal and managerial positions in Washington, Cote d’Ivoire, Kenya, Botswana, and Egypt. Anthony holds a B.A. in Economics, an MBA, and a J.D., all from Harvard University.