The First Western Pilgrimage: A Turning Point in the Establishment of the Bahá’í Faith in the West 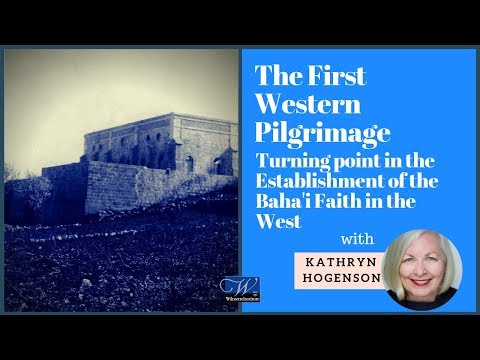 The first direct meeting of Western believers with ‘Abdu’l-Bahá marks a monumental moment in the development of the Faith outside of the region of its birth: the Middle East. The fifteen pilgrims included early believers who are well-known to students of Bahá’í History: Lua and Edward Getsinger, Ella Goodall (Cooper), Robert Turner, May Bolles Maxwell, Mary Virginia Thornburgh-Cropper, and, the one who made it possible–Phoebe Apperson Hearst. The pilgrimage not only cemented and deepened the inner commitment to the Faith of those God-intoxicated pilgrims, it provided the spiritual fuel that allowed them to establish and fortify Bahá’í communities in North America and Europe. The fruits of their work even resulted in the spread of the Faith to the Pacific regions and later to India. The pilgrimage corrected misconceptions commonly found among the early believers, and placed the Bahá’í communities in the West on firmer footing by establishing for the first time, a direct link between them and the Center of the Covenant, ‘Abdu’l-Bahá. Little wonder then that Shoghi Effendi stated that the first Western pilgrimage to the Holy Land “marked the opening of a new epoch in the development of the Faith in the West….” (GPB p. 258)

Kathryn Jewett Hogenson, a native of Richmond, Virginia, is a graduate of Emory & Henry College and the University of Virginia School of Law. She has worked as an attorney and as a researcher for the International Teaching Center at the Bahá'í World Center. Currently she is the senior consultant for the Office of Community Administration at the Bahá'í National Center. A lifelong student of history and government, she is the author of Lighting the Western Sky: The Hearst Pilgrimage and the Establishment of the Bahá'í Faith in the West (George Ronald Books, 2010), as well as the co-author of another book about history. She is currently researching a biography on Hand of the Cause of God, Horace Holley and the establishment of the Bahá'í Administrative Order. She lives in Florida with her husband, Gary Hogenson. They have two daughters and two grandchildren.

See All Articles
Home Articles & Videos The First Western Pilgrimage: A Turning Point in the Establishment of the Bahá’í Faith in the West