Baharieh Rouhani Ma'ani, “The Leaves of the Twin Divine Trees” 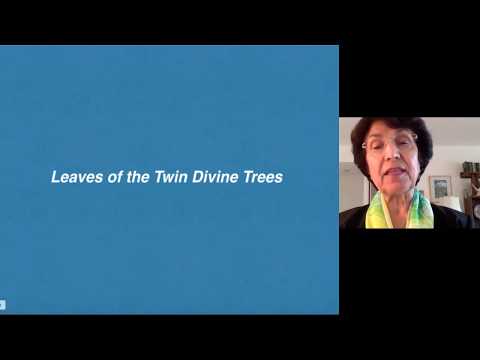 Leaves of the Twin Divine Trees, the first in-depth study in English of the lives of women closely related to the Bab and Baha’u’llah, is the book on which is based a course, to be offered later in 2015.  Among the women covered are the two who bore and raised the Twin Manifestations of God, also those who suffered immensely, sacrificed their all and never wavered in their love for and selfless service to the Cause of the Bab and Baha’u’llah.  It also covers the lives of a few who outwardly remained indifferent, one who opposed Baha’u’llah fiercely causing Him and His family much suffering and anguish, and two who joined hand with the Covenant-breakers after His ascension.  Although some the women have played major role in influencing some historical events, they are generally absent from the pages of the early history of our Faith.  The context for the absence will be discussed, the importance of treating women fairly in history emphasized, and the glorious legacy left by some of them as gleaned from the Writings revealed in their honor will be highlighted. Read a summary of the talk here:

Baharieh Rouhani Ma`ani was born in Shiraz to parents from the lineage of early responders to the Cause of the Bab and Bahá’u’lláh in Nayriz. She was raised in Shiraz, served as president of students’ council at Rida Shah Kabir High School, studied Persian literature at the University of Shiraz before pioneering to Kenya in the last years of Shoghi effendi’s Ten Year Global Spiritual Crusade. Upon arrival in Nairobi, she married Manouchehr Ma`ani, who passed away of a sudden illness thirteen months later, shortly before their only child was born. In 1968 she took courses for credit in Islamic History and African Tradition in Religion offered by the newly established Department of Religion and Philosophy at University College, Nairobi. After eleven years in Kenya, she was invited to join the staff of the Bahá’í World Centre in Haifa, where she served in various capacities from December 1971 to August 2009, relocating to Washington, DC, her present place of residence. She is a researcher, author and translator.  Her published books and numerous articles in English and Farsi cover a variety of subjects dealing mostly with different aspects of the status of women in religion and the principle of the equality of women and men. She has one daughter and one granddaughter. Listen to Baharieh’s interview on ‘A Bahá’í Perspective’ podcastSee Faculty Bio